Wherever you take Running

We left the big stadiums and well lit tracks behind, and shone a light on places that most of us have never heard of. These are no ordinary places, but the extraordinary places that people take running. It’s time to tell their stories, in a journey that will take you from the top of a tower to the depth of a mountain. From community to community. Wherever you take running, we are with you with the enthusiasm, advice and products for you.

Have you heard of tower runners or adventure runners before?

“Wherever you take Running” explores these running community by telling the story of two German runners, Gorge Heiman, amongst the 10 fastest tower runners worldwide, and adventure runner Niko Zeigert, who takes the sport to unexpected levels of quality and locations.

Niko lives for running but for him the only way to truly enjoy it is to share it with his community, his friends, his squad. His ambition is to make running a collective sport for those who, like him, need others to fuel their mind and legs. Görge on the other hand is a tower runner and teacher — his dedication and passion led him to be the president for the German Tower Running Association. He balances his passion for tower running with teaching special needs teenagers.

Here are their stories:

The 27-year-old Berliner has been running for over 15 years. He was part of the Berlin track and field team competing with the best runners in Berlin. “Running is kind of my life. My friends didn’t understand the point of me running around a stadium. I told them that after 15mins, it kicks in and you start to feel happy.” But there came a turning point when he was 14 or 15 when the doctor told him that his injury meant he had to stop running. “It was really the lowest point but I came back!” He realised, running was never about competing for him. Just like with his trumpet, which he played for 10 years, it was always about sharing crazy new experiences with his friends. “It started to feel like a job. For me running is all about discovering new challenges, new places. But most importantly, it’s about doing it with the squad.” Niko chose to follow his dream and founded the Kraft runners crew with some of his friends who had the same vision. An open running group focused on pushing the boundaries of running. The Moto of the crew is “Geilballern” which means to go all out, to go crazy and the group is now over 70 people strong and still growing. “We enjoyed transforming running into a team sport. We all train together – no matter what level.” “Kraft means energy, it’s powerful, we thought it would be a really nice match with our running” What they do is called Adventure Running. They constantly plan new running trips. Last year they ran from Los Angeles to Las Vegas as part of the Speed Project race and next year they plan to run over the alps, a 140km route at a 2000 meters altitude. “Running now is always about doing something new. Any kind of experiences we’ve never thought of before. Maybe I’ll run the moon!” “We’re trying to have space for everyone, create new things, have new ideas. We are looking for challenges we haven’t done before.” Not quite the moon yet but we joined Niko and his crew in a beautiful underground cave for another challenging run to share their world of adventures with the world. “Running in a cave is a lot of fun, and also quite painful. It’s all dark and there is less fresh air available. Some might call us crazy, but we just did it like always.” Görge’s fascination for record breaking started when he was 9 years old when he received a Guinness Records book as a present. “I tried to stay on one leg only and to break a record with that. But after an hour I had to stop because my whole leg hurt too much.” Gorge always loved running but wasn’t great at short distances so he tried something new. “If I don’t train I’m like a wild animal in a cage. When I started with Tower running, it completely changed my life. I was looking for new challenges and wanted to test my limits in a different way. I was astonished about how climbing up a building felt, like conquering a mountain!” Within a year, he was ranking 10th fastest tower runner in the world in this highly technical sport with no age or other category divisions except for gender. He described the peculiarity of stair climbing for us: “You can hear their steps but most times you can’t really see your opponent during the race. You can hear them breathing and getting closer to me but inside the tower it’s YOU fighting against the stairs with every single step.” “It is very much about mental strength as much as physical strength. You are lucky if you don’t have to crawl over the finish line. There is only a few seconds between luck and disappointment.” His d  edication and passion lead him to be the President of the German Tower running association. A non-profit organisation founded in 2012 with then only 6 members. A first step towards Gorge’s dream: making Tower Running an Olympic discipline in the next few years. “We are now trying to convince other countries. The 10th association will come soon, in Malaysia.” “In May 2020 I will go for my 3rd World championship but it would be very nice to run in the Olympics in 2028 or 2032.” As he was telling us about the Shanghai race he just came back from, the last one of the season -an astonishing 3,398 step climb and the longest indoor staircase run in the World – we finally learnt about the importance of community in this competitive sport and how crucial it is to Gorge. “Tower running is very competitive but it’s also a fair sport. I like the kindness in our community. We call it the Tower Running family.” “The people around me, especially my family, help me to believe in me. I realised that I can do almost everything if I believe in me.” During the week, Gorge is also a dedicated teacher for special needs teenagers. A vocation he had when he turned eighteen. He loves sharing his passion with his pupils. “Because of the sport, they are more connected to their body, they understand the importance of being healthy and they really enjoy learning about the importance of exercising.” 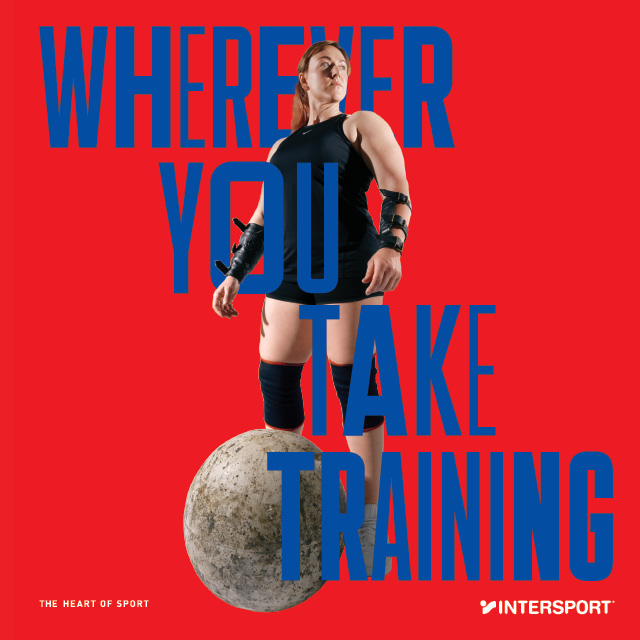 Wherever you take training 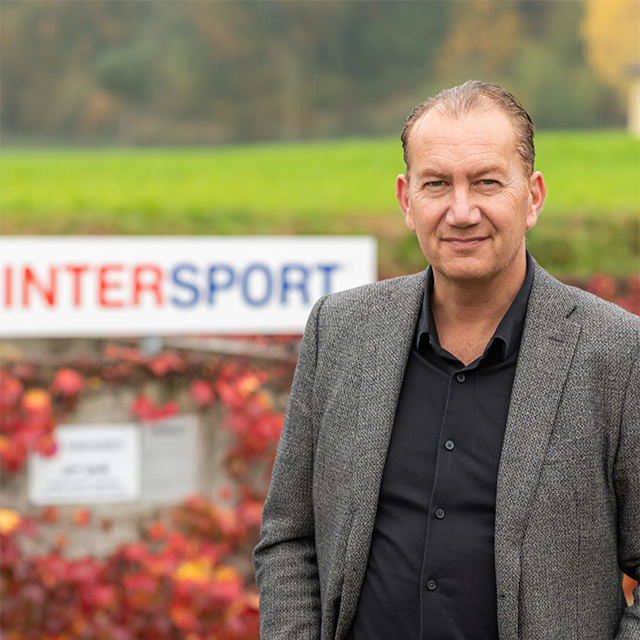 INTERSPORT Retail Sales increased by 3.2% to a new record

We use cookies and similar technologies on this website to provide a personalised online experience. This includes targeted advertising based on your browsing habits.We also place and use cookies and similar technologies with our trusted affiliates and partners. We track and measure user behavior to improve our site, our services and provide interest based content and adverts. You can withdraw your consent at any time, by informing us you would like to do so. Read full policy for more information.